Ko wai matou
Who are we?

Te Awe's purpose is to promote, assist and encourage Māori in business through regular networking Hui where Maori business owners meet and share their business successes and challenges.

The current management committee members are;

Wayne was elected into the membership committee in June 2013 to grow Te Awe Sponsorship and Memberships. He has spent the greater part of his working years in the corporate world building a business success story that is second to none! His working life started on the factory floor, literally, as a cleaner in the Dunlop tyre factory. From this humble start Wayne moved to the retail part of the Company and systematically climbed his way through the company holding down a number of jobs specialising in wholesale and retail finally reaching the role of, General Manager (Sales and Marketing Beaurepaires), NZ Country Manager South Pacific Tyres and finally, Vice President Sales Australasia for Goodyear Dunlop based in Melbourne. His job was to manage over 900 Beaurepaires, Goodyear stores both company owned and Franchised. Remember the Vince Martin advertisement – this was one of Wayne’s campaigns! Retailing – Wholesaling and Exports all came under his umbrella.

Wayne is a family man; father of two and grandfather of three. Since 2008 he has turned his business acumen to the running of three major whanau owned businesses. One in Construction (housing and light commercial) Chadtrista ltd and Two in Audio Visual services (AV Media NZ Limited).

Wayne has now taken the role of Chairman of the Te Awe Board because he wants to give something back to the Maori world that he is a part of. In Te Awe he has found a vehicle to do just that. The Te Awe Board is very lucky to have a man of Wayne’s calibre and experience who is willing to give some of his valuable time and experience to helping others through the Te Awe business network.

Paul Retimanu is a business owner (Director of Manaaki Management), hospitality guru and a father to seven children. Paul dabbled in a few career options at an early age, starting with a welding apprenticeship, through to office work. Venturing north to Christchurch, Paul joined the SPHC Hotel Chain, which was the start of his long career in the hospitality industry.

Eventually transferring to Wellington, Paul worked his way from Supervisor to become Catering Manager of 40 staff at large, a five star hotel and at the raw age of 24.

Venturing out on his own, Paul started his own catering business in 1998. In 2008, with 5 children now bearing his name, Paul opened a day care centre, Te Puna Reo o Ngā Kakano. 2009, bought two whangai tamariki into the whānau, a brother and sister from Te Arawa. One who remains with the Retimanu whānau still and the other returning to her mother in 2015.

Wellington Hospitality Group was started twelve years ago by two school friends: Andrew (Will) and Jamie Williams. Jamie came out of the IT sector as an experience-driven guy who needed to get out of the rat race and decided to buy a pub. He roped in Will, who luckily had a hospitality background, and they started with just one pub in the Wellington suburb of Khandallah.

I joined the team nearly three years ago on the premise I could help them grow. At that stage there were about six bars in the group. Luckily for me, there have been some great people on the journey and we’ve grown the group to a stage we can start to properly invest in our people.

What is the secret to growing a successful business?

My background is from high growth companies, so I have this theory that to succeed, there’s a ‘triangle of growth’ - three critical elements for growing or maintaining a company.

The next part is your marketplace. It is a simple question; ‘how you will grow?’. Growth can either happen organically or through acquisition. For instance, organically would be like a technology company finding an issue they can overcome and ensuring there are enough problems they can fix to allow them to grow. Acquisitional growth is taking advantage of a fragmented marketplace, or using size to create gain on the companies you’re buying.

The last part of the growth triangle is operational ability, and it is the most critical. Can the company handle growth, how much is too much, and have you built up your growth engine? While our brands are in lots of different locations, we have a central support office with around 25 people, covering areas like marketing, IT, HR, graphics, finance, and quality assurance. That’s unusual in our industry, but we see the opportunity to provide our venues with the toolset they need to focus delivering emotional experiences to our customers.

A professional builder by trade, Chad stumbled into hospitality by chance when he accepted a role as a Food & Beverage Attendant in Perth. He discovered an unexpected passion for this dynamic industry and was motivated to apply for a Corporate Cadetship with Rydges Hotels and Resorts. After the Cadetship, Chad worked across multiple departments including as a Duty Manager, F&B Supervisor, and Front Office Manager. An opportunity arose to return to Wellington back in 2011. Chad is now the General Manager of Rydges Wellington Airport where he was responsible for the opening and positioning of the hotel. He is highly engaged and motivated to assist his team to grow and enjoy the varied environment of this trade.

Related links you may find interesting. 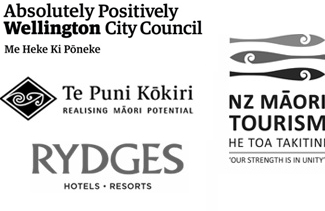 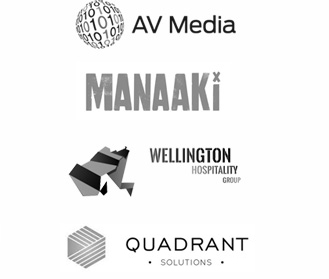 Connect with us via social media: